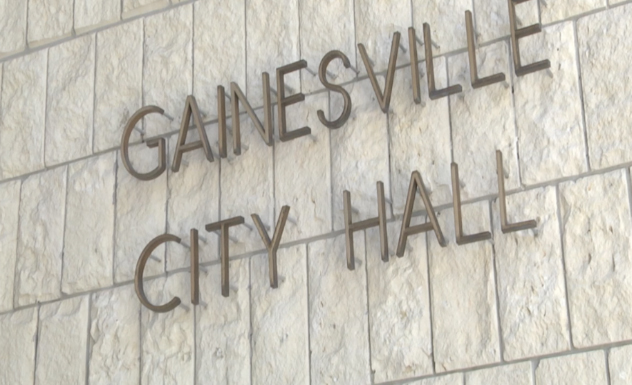 The officers who arrested me — though they had no basis to arrest me, detain me and keep me in custody — were, in my view, blameless, and handled this unfortunate situation professionally. In my opinion, these officers had a good faith belief that Gainesville City Manager Lee R. Feldman possessed legal authority to bar me from City property, authority flowing from decisions made by Gainesville Mayor Lauren B. Poe.

Here’s how it happened:

A City Commission special meeting was scheduled for 8 a.m. a week before Christmas. It was set for the purpose of hiring the fifth person in seven months to function as City Auditor. This was a topic of discussion in the Washington household. My wife and son were concerned about irregularities if not illegalities in the search process, including interference with the City Auditor’s Office and problems with the search process as evidenced by some of Mr. Poe’s acts and statements.

My wife, a professor in the UF College of Education, had taught Mr. Poe when he was attempting to earn a degree in secondary social studies education. My youngest son, now in college, as a high school student had attended classes taught by Mr. Poe.

My wife and son had wanted to make their views known but did not wish to risk potential criticism of the sort sometimes visited on those who attempt to bring their concerns to the Commission. They requested that I speak for them. They executed affidavits that were submitted to the City Clerk’s staff to be made part of the record.

I attempted to honor my wife’s and son’s requests that I speak for them at the special meeting, which they attended with me.

Mr. Poe declined my request on my wife’s and son’s behalf to speak for them on the substance of their concerns about interference with the auditor’s office and with the search process. I responded.that since my wife and son would not be permitted sufficient time for me to present my and their concerns about the City Auditor office and search process, instead I would read a shorter joint statement regarding the historical struggle of people to be allowed to use publicly owned forums to seek redress of their grievances.

Less than three minutes into reading our joint statement, reciting a Supreme Court case useful in understanding the context of our request to be heard on a topic of importance, I was interrupted by Mr. Poe. He ordered me to stop speaking. I declined. In response Mr. Poe abruptly, and improperly, gaveled the meeting into a purported recess. He then led City Commissioners off the dais and into locked and guarded back rooms.

Mr. Feldman descended from the dais to speak to a police officer about something. The GPD officer put a hand on my back but did not physically attempt to remove me. I offered my hands to be handcuffed. The officer eventually retreated for a while. I used the opportunity to attempt to summarize for public understanding what had happened and what might be ahead. I was able to complete that statement in less time than would have been required for me to present my concerns and my wife’s concerns and my son’s concerns on the city auditor office interference issues and City Auditor search issues.

Here is a YouTube link that captures much of what is recited above.

When I finish my statement more GPD officers arrived. I was physically removed from the City Commission chambers. I was forcibly removed by three GPD officers but in my opinion no excessive force was used.

The special meeting resumption was substantially delayed for reasons not yet clear to me. GPD officers held me in custody for the majority of time between my arrest and the end of the afternoon meeting.

That is my best memory of what occurred. The video will speak for itself.

In retrospect, I think GPD officers who took me into custody, may have believed not only that Mr. Feldman had legal authority to bar me from the meeting — authority presumably flowing from Mr. Poe’s incorrect interpretation or application of the City Commission’s new public participation rules, that had been adopted December 5 — but also may have believed, that Mr. Feldman had already delivered a trespass warning to me, and that I had not complied with the warning, a noncompliance justifying my arrest and detention. In fact, Mr. Feldman had not delivered a trespass warning

Mr. Feldman allowed me held in custody until 11 minutes before the meeting concluded. By then, the opportunity for public comment and questions relating to the city auditor hiring had passed. By then, Mr. Poe and the majority of Commissioners had announced their unanimous choice and stated their reasons for making it, without my having been able to articulate my wife’s and son’s concerns, and without their questions having been answered.

I asked Mr. Feldman why he was not giving me a trespass warning and banning me from City Hall. He shrugged and said it was now too late for the public to be able to offer comments.